FORT WAYNE, IND., February 23, 2015: Brotherhood Mutual has appointed Fly For Good founder Ryan Skoog to its board of directors and promoted five employees to the role of assistant vice president, effective March 1. 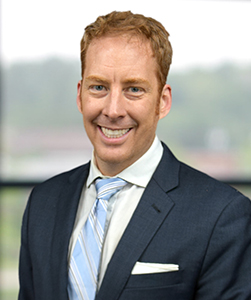 Ryan Skoog is the founder and president of Fly for Good and co-founder and president of Venture Expeditions. He earned an undergraduate degree in Christian studies from North Central University and an MBA from the University of Saint Thomas-Schulze School of Entrepreneurship. He is also involved with the Alliance to End Hunger and is licensed as both a travel agent and a travel insurance agent.

Venture Expeditions uses adventure-driven campaigns to bring God’s justice and hope to people throughout the world. A sought-after speaker for churches, colleges and conventions, Skoog’s unique brand of entrepreneurship and infectious enthusiasm makes him a natural fit for Brotherhood Mutual’s board.

Brotherhood Mutual’s board of directors has promoted:

Gabe Brown joined Brotherhood Mutual in 2000 and was the manager of special markets before accepting his new position. He is a graduate of Anderson University with a Bachelor of Arts degree in Business Management. Brown is a Chartered Property Casualty Underwriter and holds the designations of Associate in Claims and Associate in Insurance Services. In addition to leading overseas mission trips, Brown is active in Hope Grafted In, an organization that promotes adoption and orphan care.

Tom Lichtenberger joined Brotherhood Mutual in 1987 and previously held the position of senior manager of property claims. A undergraduate of Fort Wayne Bible College, Lichtenberger also holds a MBA from Taylor University. He is a Chartered Property Casualty Underwriter and holds the designations of Associate in Claims, Associate in Insurance Services, Associate in Management, Associate in Information Technology, and Senior Claim Law Associate Silver Award. He also serves as an elder at Pine Hills Church in Fort Wayne, Indiana.

Steven R. Smith joined Brotherhood Mutual in 2009. Prior to accepting his new role, Smith served as senior regional manager of underwriting for the eastern region. Smith graduated from the University of Cincinnati and will complete an MBA from Taylor University this August. He also served on the boards of Youth For Christ of Northwest Ohio and Christian Community Healthcare Clinic in Grabill, Indiana. Smith is a Chartered Property Casualty Underwriter with an Associate of Risk Management designation. Smith currently attends Central Church in Fort Wayne, Indiana.

Joshua Spencer joined Brotherhood Mutual in 2014 and held the position of senior actuary-manager of research and development. He is a graduate of Ball State University and serves as a member of the Ball State Actuarial Science Advisory Board. Spencer is an associate of both the Casualty Actuarial Society and the Society of Actuaries. He is also a member of the American Academy of Actuaries and holds the Chartered Enterprise Risk Analyst credential. Spencer attends Highland Gospel Community Church in Fort Wayne, Indiana.