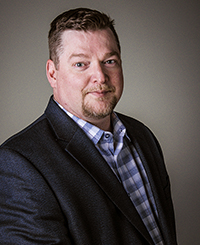 Before joining the company, Schichner served a decade in the U.S. Army, becoming a decorated campaign veteran. He spent the following six years as a government contractor for Computer Sciences Corporation, QSS Group, Inc., and Perot Systems.

Schichner holds a bachelor’s degree in information technology from the University of Phoenix and an associate’s degree in computer information systems from Georgia Military College. He’s also earned technical certifications from Microsoft, CompTIA, and Scrum Alliance.

He's a member of the Masonic Lodge, Shriners, VFW, and American Legion organizations. When not pursuing IT interests, Schichner enjoys being in nature, playing golf, and woodworking. He attends Emmanuel Christian Church in Fort Wayne, Indiana.

About Brotherhood Mutual®
Celebrating more than 100 years in business, Brotherhood Mutual Insurance Company is one of the nation’s leading property and casualty insurers of Christian ministries. The company serves more than 65,000 churches, schools, colleges, camps, and related ministries in 47 states and the District of Columbia. Headquartered in Fort Wayne, Indiana, Brotherhood Mutual is staffed by 500+ employees and works with 476 independent agents in 111 agencies nationwide. www.brotherhoodmutual.com